At one time it has been said, as ingeniously as paradoxical and provocative, that the function of the historian is to “predict the past”, which could well be translated in at least two ways. In the first place, resorting to the traditional Spanish saying,” a past bull, anyone is a bullfighter”, since little merit can be granted to whoever tells us what is already known, for many details that are added to spice it up. On the other hand, it may be convenient to translate that expression in a less ironic way. Good historians are those who tell us what happened before better than others. They turn to documents where contemporaries try to make sense of their own contemporaneity. Leaving the present in the hands of the “present” supposes a certain irremediable precariousness analytical, but they are -we are- contemporaries the only ones who can analyze their contemporaneity. This doesn’t mean ignoring the past or minimizing its relevance. In fact, the contemporary company would become incomprehensible to us by making a clean slate clean of its birth in the early days of modern society, its evolution, and the very different understandings that companies and entrepreneurs have developed about themselves and about the society in which they carry out their activities.

For decades the vision of the company as an organization oriented to the sole achievement of long-term economic benefit has prevailed. Moreover, that search has predominated at the expense of other types of benefits (civic-political, socio-cultural, ethical, and economic in the medium and longer-term). Fortunately, this conception of the company -daughter of its time- has entered into crisis. It has not disappeared, of course, but it can be affirmed that today other business conceptions compete with it that could be described as much more ecological, understanding ecology in a broad sense common to greater attention to the various complexities of everything human.

One of the most widely accepted axioms of communication theory holds that it is impossible to “not communicate”. Everything that is done and said communicates, even what is kept silent or omitted. That axiom, originally enunciated by Paul Watzlawick to explicate human interactions, is equally valid to explain the way in which companies communicate: everything that the company does, says, omits, and is silent influences the cultural environment in which the company finds itself and in which it develops its activities. Therefore, it deserves to be included within the areas of responsibility of the company towards

The company, a fundamental institution born under the protection of the modern world, is going through a crisis that we still cannot see in all its depth. Perhaps because it is the crisis of that same world, perhaps because this crisis business institution cannot be adequately calibrated if it is not accepted that what is essentially in a state critical is our understanding of work as a human activity.

Perhaps we should think that the times have come when organizations understood as techno systems should give way to organizations conceived as ecosystems, organizations in which conceptions of work such as freedom and creativity, as dialogue, communication, and cooperation as solidarity and the personal reality they coexist harmoniously with the understandings of work such as order, discipline, effectiveness, and efficiency. And, at such times, the urgent ethical commitment requires recreating the institutional conditions for companies to functionally act in society and for them to be perceived as such.

The new scenarios call for greater transparency for all organizations that aspire to be functional and sustainable. However, none of it will be possible if companies ignore how and how much public expectations have changed about what is expected of them: not only economic profit but also civic-political, social-cultural, and moral profit. Now, meeting these new shared expectations is something that can only be achieved communicatively.

If what is about is to attend to the multiple intelligences of business organizations, each of which configures areas of action whose spheres of responsibility are related to each other the dilemma between doing or looking is overcome, that is, between leading to carry out actions in which the responsibility of the company is manifested in society and to communicate internally and to society as a whole the performance of such actions.

In effect, considering the economic, civic-political, sociocultural, and ethical dimensions of the organization being again or expansion of meaning that tain is consumed once it is communicated. Not communicating, or not doing it adequately, supposes removing from the creation of meaning the expansive dimension that constitutes and consolidates it, at the same time that deprives the company and the community not only of the knowledge of these benefits but also of the knowledge of their mutual and enriching dependency.

If the company wishes to overcome its traditional and static self-understanding as a techno system to we complexity, it must also accept that if something radically differentiates ecosystems it is their capacity for awareness and communication. And that only those capable of adapting are capable of surviving.

Written by Leyla YOUNES, is a specialist in public relations, ceremonial, protocol, and organization of congresses and conventions. 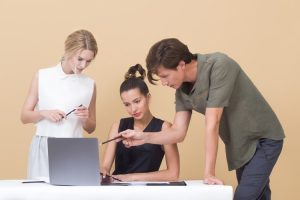 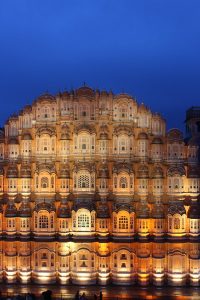 HOW TO DO BUSINESS IN INDIA 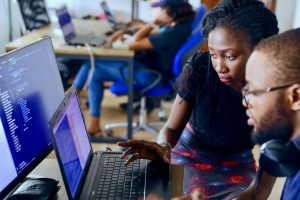 HOW AFRICAN BUSINESSES CAN BENEFIT FROM CULTURAL INTELLIGENCE 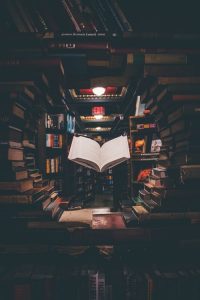 OVERVIEW OF THE BIBLIOGRAPHY OF THE PROTOCOL