In the professional field, a protocol is defined as an instrument that facilitates the company’s activity, allowing it to address business projection and execution successfully. This useful tool is required for all corporate training because, without a doubt, it endows it with representativeness, image, values, and entity, enabling its competitiveness and efficiency.

The notorious presence of work meetings, social acts, and other events in which senior executives, business people, directors, and personnel of companies and institutions participate necessitates rules of behavior that allow the preamble of relationships between unknown people in the business environment. In such cases, introductions are critical for establishing a bond or temporary relationship. These are some of the most common protocol actions in official, social, and professional contexts. In this sense, it is unavoidable to emphasize its significance in any field, especially in the complex world of business, providing quality first impressions in any case.

The art of presenting requires a gesture that reveals appropriate manners that allow us to perform a correct performance, regardless of the context. Usually, a third party aware of both agrees to carry out the same action. A good introduction should be followed by a proper greeting and a courtesy address. We must abandon the use of “you” because it implies affinity and instead uses “you” to show courtesy to those introduced to us for the first time. This treatment is appropriate and must be observed when dealing with superiors or other important people in the company. The guidelines established by leaders regarding the treatment that all employees in the company must receive are also important.

There is no legal requirement in Spain to know how to be and act in professional relationships, such as in courtesy presentations. Nonetheless, social customs reflect the organization’s corporate values. The protocol, in this case, organizes courtesy in the conversation through preliminary introductions. We must consider specific circumstances that constitute appropriate behavior in its proper use, providing an excellent letter of introduction to the person who performs it.

When presenting people who hold a position or rank, the person’s function must be provided first, followed by the name and surnames. The mention of the former is more important than her name or surname because it allows relationships to be hierarchized based on the status held. For example, “Mr. Director, I present to you Mr. Antonio Goicoechea, the new head of Communications…” If we don’t include their positions, we won’t be able to tell them apart and will give them the same status. “Mr. Ziga, this is Mr. Goicoechea,” let’s see.

However, I must emphasize that, depending on the case, this “order” can be varied, which is still flexible, and adapt to each situation-specific due to the pure functionality of the business, which is also added a logical courtesy. In this regard, I echo the words of Mr. Fernando Fernández, current director of Institutional and International Relations at the Council of State, a great Spanish expert on the subject with whom I had the privilege of studying for my master’s degree. “… I respect this practice, but my experience forces me to say that when there are high-ranking authorities present, we always address the highest-ranking authorities first, and even more so as delegations so that they have the opportunity to meet the head and members of the other delegation, the people who accompany you if they deem it appropriate.” It is delicate to present positions of a company or institution and then leave for a while, such as a minister or the president of a bank or company.

In client presentations, contrary to social etiquette, we must first refer to the company member we belong to before mentioning the client or guest.

If one or both have such a condition, we must mention it in presentations between company colleagues. Otherwise, it is acceptable to use their full names and surnames while also mentioning the department in which they work. In a formal setting, it could be: “…Ms. Alsogaray or Ms. Marta, I present to you Mr. Carlos Uriburu, the new colleague from the Human Resources department. “Depending on the affinity between the partners, the word “you” could be used.

The omission of a well-known personality’s name is permitted in presentations because mentioning it could detract from the due importance unless it is presented to a person who works in a completely different or foreign field. Similarly, depending on the situation, it is unnecessary to indicate his position because it is not always appropriate to say: “The President of the Government, Mr. Sánchez,” when he is well known for his function.

In this process, in which the performance of business relationships must be properly developed from its preamble, it is helpful to connect these lines with the words of Mao Zedong, former president and founder of the People’s Republic of China: “For the long journey of a thousand miles, we must take the first step well.” 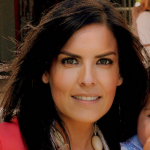 Writer by María Amorós, Expert in Protocol and Institutional Relations

Translation and review by Eric Muhia