I wish to relate the background, importance, and behind-the-scenes of the most significant distinction granted by the Peruvian State, whose origins go back to the birth of our republican life when the “Protector of Liberty of Peru” instituted it on October 8, 1821, to recognize the self-sacrifice of brave liberators, virtuous citizens, and good men.

In its beginnings, it was called “La orden del sol,” and according to the device signed by José de San Martín and his Minister of War and Navy, Bernardo Monteagudo, it was divided into three classifications: Founders, Meritorious, and Associates. The Founders were Generals Juan Gregorio de Las Heras, Juan Álvarez de Arenales, and Toribio Luzuriaga y Mejía, among other officers “in consideration of their distinguished services, Field Marshal Marquis of Torre Tagle, Colonel of the Numancia Battalion D. Tomas Heres and Lieutenant General Conde de Valle-Oselle,” who would enjoy preferences to occupy state positions.

The Meritorious were the members of the army from the class of lieutenant colonel up to and including second lieutenant, “whose election will be made by a meeting of the chiefs of the army presided over by the general in chief, bearing in mind the service records of the officers of each body and of the other particular circumstances that recommend them.” Associates were appointed to the nationals of any jurisdiction “who have made or will make creditors of public appreciation, to a less eminent degree than the previous ones, in the opinion of the Great Council.”

Likewise, a Great Council of the Order was established, made up of the “Supreme Chief, whether or not he is of the Order, who will be its ex officio president, a vice-president who will be the oldest among the chiefs of the army present, and nine Founders, all elected by the president of the Council,” who would have an annual pension. Unfortunately, the “Order of the Sun” was briefly valid: on March 9, 1825, the Constituent Congress declared it “extinct.”

Coinciding with the centenary of National Independence, President Augusto B. Leguía (1919-1930) restored it, on April 14, 1921, with the name “El Sol del Perú.” In this regard, Jorge Zamora Botta, in his text entitled “The Order of the Sun of Peru, 1821 – 1921,” asserts: “… It was also restored ‘to exalt the merits contracted in his service by foreigners.’ It was done on that occasion with four grades or classes: Grand Cross, Grand Officer, Commander, and Officer. The first copies were made by the famous French House Arthus Bertrand, from Paris, to begin later to be manufactured in our renowned National Mint. In the following decade, during the presidency of Oscar R. Benavides, the degree of Knight would be added, and it is with these five degrees that it is granted to this day”. Its validity is regulated by the law of August 31 and by regulation of September 6 (1923).

Its design preserves the original artistic conception and incorporates the coat of arms created in 1825. The badge is a radiant sun with gold rays; in the center, it shows the national coat of arms in relief, surrounded by a circle with enamel on its upper part—Red and white on the lower side. On the red color, it bears the inscription: “El Sol del Perú” and on white the date of its foundation: “1821”. This disc is surrounded by a crown of laurels in gold, in green varnish in the case of the large cross plate. When it is granted to sovereigns or heads of state, as well as to notable personalities, the scale of the symbols of the first degree will bear a circle of diamonds.

This award, considered the oldest in America, is conferred to “reward the extraordinary services rendered to the country by Peruvians, civilians, and military, as well as to extol the merits contracted in their service by foreigners.” The Grand Master of the Order is the first president, and its Chancellor is the Minister of Foreign Affairs. By tradition, it is assigned in its highest degree to the president-elect -before being sworn in by the Congress of the Republic- in the Palacio de Torre Tagle.

According to what is stipulated in the directive of the Ceremonial of the Diplomatic Service of the Republic, its imposition corresponds to the Ministry of Foreign Affairs. This can be granted by the Chancellor or, on his behalf, by the vice-chancellor or by the national director of Protocol and Ceremonial of the State. On occasions, it has been imposed by the head of the Executive Power when the act takes place in the Government Palace.

The ceremony begins with the reading of the resolution that confers the decoration, then the person in charge of the Foreign Relations portfolio will pronounce a few words and will proceed to impose the insignia and deliver the respective diploma; Next, the honoree will express his gratitude and, conclude, the attendees will be greeted.

Let us evoke, with a reflective spirit and fervent conviction, the message of the Argentine hero: “…The Order of the Sun may be the heritage of the liberating warriors, the prize of virtuous citizens, and the reward of all worthy men. It will last as long as some remember the fame of the heroic years because the institutions that are formed at the beginning of a great era are perpetuated by the ideas that each generation receives when it passes through the age in which it respectfully investigates the origin of what have revered their fathers.” 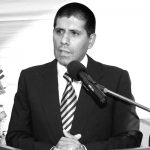 Writer by Wilfredo Pérez,  Expert in Etiquette and Protocol