This article is written on the first anniversary of the ProtocolToday Magazine Global Mindset. Its corporate purpose is to share, promote, discuss and publish the principle of protocol worldwide in different sectors and to deliberate on the global mentality.

This is defined as a system of rules that allows individuals, corporations, and systems to act and behave correctly in a formal situation. For example, the protocol has been seen in different cases, such as sports, cultural, social, commercial, diplomatic, and other activities.

S the world became more globally connected and faster, it also became imperative to apply protocol procedures. Otherwise, we will continue to face, shortly, more pessimistic scenarios such as wars in the world. From the diplomatic perspective, mainly those situations are caused by successive disagreements and breaches of protocol. Therefore, the rules are essential to continue driving safely globally, as it is now known as the global village.

Covid-19 was a clear manifestation of the protocol in the proper sense during the pandemic. All nations have adopted the Covid Protocol and have acted together for a common goal. However, the global mentality has played an essential role in putting them all in the same place in the “basket.” So I would emphasize that it is imperative to continue discussing such an important issue directly connected to today’s global mindset.

As a ProtocolToday Academy student, I would like to highlight the importance of protocol, referring to the significant contribution in the field of Diplomacy of the honorable ambassador of Portugal, José Calvet de Magalhães; in his book “The pure concept of Diplomacy.”

The importance of the protocol in the diplomatic field appears as a solid element and a foundation of the concept of Diplomatic Protocol. His book is based on international treaties and protocol documents that govern international relations and organizations, based on the Vienna International Convention on diplomatic and consular relations.

In addition, Ambassador José Calvet de Magalhães was referred to by the letter addressed to British Ambassador George Kennan, in which he stated: “It is particularly important that a book like yours came out precisely at this time; by recent events, especially with the acceleration of electronic communications and the personal travel habits of the ministries, and the head of state, has to raise doubts in certain cases to the public about the traditional institutional values ​​of Diplomacy.” Magalhães, J. (1995): The pure concept of diplomacy: Bertrand Editora.

So, in the above passage, the author mentioned and emphasized the lack of protocols and ethics in some situations, so we can conclude that the protocol is necessary and essential for the stability of the government and to solidify the relationship of trust. Between rulers and ruled.

The protocol is extensive and difficult to summarize in this text. Therefore, this article shows its general and positive impact in a way that helps regulate procedures, conduct, and coordinate business, negotiations, actions, and behaviors that can be observed and implemented in different sectors such as cultural protocol, social protocol, and communication protocol, business, and diplomatic protocol. 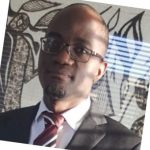