DOING BUSINESS IN CHINA I

In Chinese culture, the corporate image has Western connotations: Businessmen wear suits in neutral colors such as grey or navy blue and ties in subdued and conservative colors. Such garments are not the rule, their use is not daily in business meetings, but they are mandatory in institutional meetings.

Women usually wear suits or dresses of conservative style and colors; high-necked, long-sleeved blouses; if the woman shows “too much skin,” it can be seen as an offensive attitude. Due to the emphasis on conservative style and modesty in clothing, the shoes have to be flat or with a low heel; the high heel in footwear for women – even more so if you are taller than the hosts – is only acceptable at official receptions offered by a foreign diplomat.

Men should wear a suit and tie at this formal event since the tuxedo or other Western Etiquette wearing is not part of Chinese culture.

It is common for entrepreneurs to wear dark-toned suits and classic models. Bright colors or any other non-traditional details will generally be viewed as inappropriate. As for informal clothing, it should be conservative, without attracting much attention. Jeans are acceptable within the range of casual clothing for both men and women. Shorts are reserved exclusively for exercise, regardless of the prevailing temperature.

As a general rule within Eastern culture, the Chinese do not give access to physical contact at greeting time. Tapping on the back, touching the arm, kisses, or hugs is not part of good oriental manners. For them, it is not correct to express feelings in public.

Although reverence is no longer the most common of manners in China, there has been a symbiosis between the eastern and western ways in recent decades. Until Covid 19 era, the westernization of the greeting was accepted, admitting the handshake as normal in the business world. However, they perform said greeting when they agree to the handshake, slightly inclining their head. Unlike the Japanese greeting- the Chinese people revere the shoulders to the waist. If we are faced with this greeting, let’s remember this characteristic, and we will make a slight inclination of the body, throwing the shoulders forward. With the handshake, it is recommended to wait for the Chinese hosts to offer their hand first.

At the greeting time, the rule is to address those of older age or rank first, and, if you have a large group in front of you, we will usually notice that they will form a line with the most important or highest ranking at the head. Usually, the one with the highest rank will be the first to enter the room.

Formality governs if introductions are to be made, and formal titles should be used. The order is: last name plus first name, accompanying the job position. If the title or position of the person is not known, it is best to call them “Sir” (Xiānshēng), “Madam” (Tàitài), or Miss (Xiǎojiě); a contact from this region will never be called by name or just by the last name. For example, if we are introduced to Miss Lin Jinhao, we will call her “Miss Lin,” but never directly by her first name.

By tradition, the Chinese will write the last name first, the middle name, and the first. The second name is the one that is often used among family and friends. In certain business and diplomatic circles, the protocol imposes the pronunciation of the title or rank, as, for example, the “President X,” the “The parliamentarian Y,” or the “General Z.” It is part of the general protocol, not to refer to a Chinese businessman just by the surname. The last name must be accompanied by the position or job functions: “Secretary Ma,” “Director Chen.”

When introduced to someone, we might choose a short and easy-to-pronounce name as a particular recommendation. If they do not remember it, it is not uncommon to call us in ways that are easy for them to say or with nicknames that relate to our physical characteristics, such as “short redhead” or “tall skinny,” which probably, we would not like.

There are up to 12 different ways to say “Hello,” but in the business world, the formal and respectful greeting is 您好 (nínhǎo) or 喂. (Wéi). The word “pīnyīn” is the greeting used exclusively to answer the phone. The most used phrase is “Nǐ hǎo ma?” which has a significance similar to “How are you?” to which you must answer Hǎo! Xièxiè! (I am good, thank you!).

There are other casual forms of greeting, many proven Western greetings for informal circumstances, and if more is required, they can be found at this link: https://studycli.org/es/learn-chinese/the-top-12-most-common-ways-to-say-hi-in-chinese/ An un-common use in the western world occurs when a group of people receives us. If we go to a theatre, school, or workplace, and they give us welcoming applause, we should return the attention with the same gesture of a short clap.

If we are subject to present ourselves in public, the greeting and expression should show self-control, modesty, and politeness. In dealing with them, their shyness or introverted attitude could mislead our first impression. It is not rude, much less hostility. On the contrary, for them, it is a show of respect.

The first question to start a conversation is if we have eaten, and even if we have not, you have to say “yes.”

As customary, it is suggested that it be presented in two languages: on one side, in our local language (or in English, which is the international language of business) and on the other, in Chinese; better still, in the dialect of the place of our contact. (For this, you can go to the local advisor who provides the necessary information). Our interlocutors will appreciate this elegant show of consideration and courtesy.

Another important consideration when printing our cards will be to take care of their color and ink. Do not use colored ink that could have a special meaning for them. One of the best choices is the golden types: for them, it means good luck, prosperity, and prestige.

For design, it is advisable to use black and white, understanding that, in Chinese culture, color does not mean the same in writing. For example, you should never write in red as it reminds them of the blood and the significant problems of their cultural revolution. As for the characters, it will be better to use the simple characters of the Chinese script and not the classic characters usually used in Taiwan or Hong Kong.

If you visit companies from Taiwan and Hong Kong in addition to the People’s Republic of China, it is better to have two different types of cards for Taiwan and Hong Kong. If we get confused when giving them, it could cause some setback or compromise.

Reporting on the prestige or position that one has acquired a lot of importance at the time of business; since they like to know with whom they speak and to know if we have any decision-making power in making final agreements. It would be better if a manager of an important rank attended an important meeting. In the same way, if the company being represented is one of the largest in the country or one of the oldest, it is recommended to include this information on the business card or indicate it in the presentations, as they are very detailed and valuable for them.

Within the Chinese Etiquette, business cards are exchanged at the beginning of any meeting, and it should be planned to have enough to give one to each person who attends it, considering that -in most cases-Chinese, delegations tend to be numerous.

When they are handed in, they must be given with both hands and with the Chinese design visible (that is, on the face that is written in Chinese or the local dialect), and we must be accepted with both hands at the corners, showing interest in it (that is, we must look closely at what the card shows). With that, they assume that we are showing interest, as a duly courteous attitude, to confirm that we are interested in the detailed information. Crucial care is to never cover the name with our fingers (the name on the card we are being handed), as it is considered an offense (It is attributed to the fact that the name printed on the card is a physical representation of their spirit).

We don’t put the card directly into the purse, wallet, folder, or cardholder without looking, throw it on the table, or worse: put it in our pocket; they will be considered rude acts. Keeping cards below the waistline (jacket pockets, pants, back pocket, etc.) is also assumed to be disrespectful, as is writing on a business card. All of these are attitudes that go beyond the established rules of Etiquette for doing good business in that country.

It is clarified that the ancient Chinese tradition indicated giving and receiving these cards with head’s reverence, but as said, it is no longer common; however, if it is done, it will gain the respect of the contacts.

At the moment of initiating contact, these first steps will help us open the doors in this eastern world. The following publications will provide more information about this culture of demanding behavior. 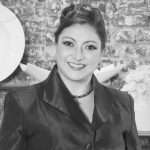